Participating farms agreed to donate 25 percent or more of the advertised stud fee for each stallion on their roster.

“Caring for our horses following the end of their racing careers should be a priority to all participants in the Thoroughbred industry,” said Antony Beck of Gainesway Farm. “The TAA helps to join everyone together in this endeavor to support a common cause.” 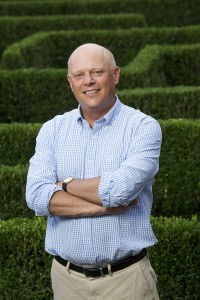 As the TAA continues to gain prominence and support, more farms and individual stallion syndicates are expected to participate.

“As the president of the TAA, I want to thank my colleagues for showing their support for and commitment to aftercare through these stallion pledges,” said Jimmy Bell, president of both Darley America and the TAA. “While still in our early days, these stud farms have been instrumental in establishing a financial vehicle to further the TAA’s mission.”

“The TAA wouldn’t be where we are without them,” added Jack Wolf, president of Starlight Stables and founder of the TAA.

If you would like to support the TAA with your farm and/or a stallion please contact Ashton Moynihan at (859) 224- 2772 or amoynihan@thoroughbredaftercare.org to obtain additional information.

Based in Lexington, KY, the TAA is a 501(c)(3) non-profit organization designed to serve as both an accrediting body for aftercare facilities that care for Thoroughbreds following the conclusion of their racing careers, and a fundraising body to support these approved facilities. Funded initially by seed money from Breeders’ Cup, Ltd., The Jockey Club, and Keeneland Association, the TAA is comprised of and supported by owners, trainers, breeders, racetracks, aftercare professionals and other industry groups. In 2013, TAA awarded $1,000,000 to 23 accredited organizations and gave out an additional $2,400,000 to 42 accredited organizations in 2014.

Tapeta to replace Polytrack at Woodbine