Member of the Jockey Club of Canada, John (Jack) Kenney passed away March 14, 2015.
Woodbine Press Release below:
On Saturday, March 14, John (Jack) H. Kenney, a longtime executive of Woodbine Entertainment Group (formerly Ontario Jockey Club), builder and innovator in the sport of horse racing passed away peacefully at the age of 79 at St. Michael’s Hospital, in Toronto. 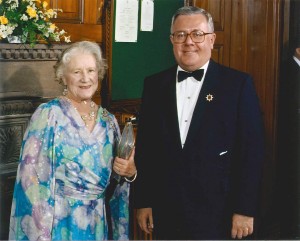 “Jack leaves behind a tremendous legacy, having urged horse racing into the modern era with his extraordinary contributions to the sport, as both a leader and innovator. With over 45 years of dedicated service at Woodbine, and with racing related ventures across North America, he shaped racing as we know it today. He will be missed,” said Nick Eaves, President and CEO of Woodbine Entertainment Group.

In 1964, E.P. Taylor, leader of the heralded Windfields Farms, hired Kenney, then a lawyer at Fraser and Beatty in Toronto, to come and work for the Ontario Jockey Club (OJC) as part of the legal team.
It was a remarkable year for Canadian racing as Taylor’s Northern Dancer would capture the imagination of the nation with wins in the Kentucky Derby, Preakness Stakes and The Queen’s Plate.
Kenney would make his own impact on the world of Canadian horse racing, swiftly rising through the ranks to eventually be named President and Chief Executive Officer of the OJC in 1975.
Together, Kenney and Taylor restructured the OJC into a non-profit corporation to the betterment of the sport. Kenney also implemented the fully computerized sell-cash Totalisator System, known as ABC wagering, which was put into operation at Woodbine and eventually adopted across North America.
Under Kenney’s leadership, inter-track wagering was introduced along with simulcast wagering, providing racing with wider scope and recognition throughout North America.
A dedicated and tireless supporter of racing in Canada, both thoroughbred and standardbred, Kenney also worked to gain increases in government assistance for horsepeople and racetracks.
In 1990, Kenney, a Woodbine Entertainment Group Director, was inducted into the Canadian Horse Racing Hall of Fame as a Builder, recognizing a distinguished career as a racing executive.
Kenney, founder and co-chairman of the E.P. Taylor Equine Research Fund, retired from his position as President and CEO of the OJC in 1993. In retirement, Kenney continued to serve on the OJC (now Woodbine Entertainment Group) Board until he resigned his position on June 4, 2010.
Even in retirement, Kenney maintained a strong connection to the sport as part owner of the Very Dry Stable and the Double Eagle Stable.
The Woodbine Entertainment Group would like to offer condolences to the family and friends of Mr. Kenney.
As expressions of sympathy, donations in Kenney’s memory can be made to the St. Michael’s Hospital Foundation.

Tapeta to replace Polytrack at Woodbine