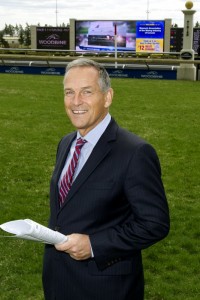 Mr. Lawson held the position of WEG’s Chairman of the Board of the Directors from 2012 to 2015.

“Jim’s broad experience and expertise in business, his leadership record as Chairman of Woodbine and his lifelong passion for horse racing make him uniquely qualified to work effectively with industry stakeholders, our partners and our communities to strengthen our business and industry and to further capitalize on our assets and potential,” said Mr. Horner. “Jim is already fully engaged on our business priorities and growth opportunities.”

Mr. Lawson, currently the Chairman of the Board of Governors of the Canadian Football League (CFL), recently served, until the end of April, as the Commissioner of the CFL.  Additionally, he recently completed a five-year tenure as Chairman of the Jockey Club of Canada.

“My goal, as CEO, is to lead a team that will transform Woodbine Entertainment Group into a leading entertainment company,” said Mr. Lawson. “Achieving this goal will provide a long-term and sustainable foundation for the company and the horse racing and breeding industry.

“I have already relayed my cultural vision to the staff at Woodbine,” he continued.  “I want to foster an environment that empowers all WEG employees to strive and achieve their very best so Woodbine Entertainment Group is ultimately successful in reaching its goals.”

Previous roles served over the course of Mr. Lawson’s career include:  Partner at Torys LLP and at Davies Ward Phillips & Vineberg LLP, Senior Vice President of XO Communications Canada, and Co-Chair of the Finance and Real Estate Group at Torys LLP. He has served on a number of public company (Toronto Stock Exchange) Boards including Algoma Steel Inc., Zargon Energy Trust and Countryside Power Income Fund.

The real story behind Woodbine's switch to Tapeta