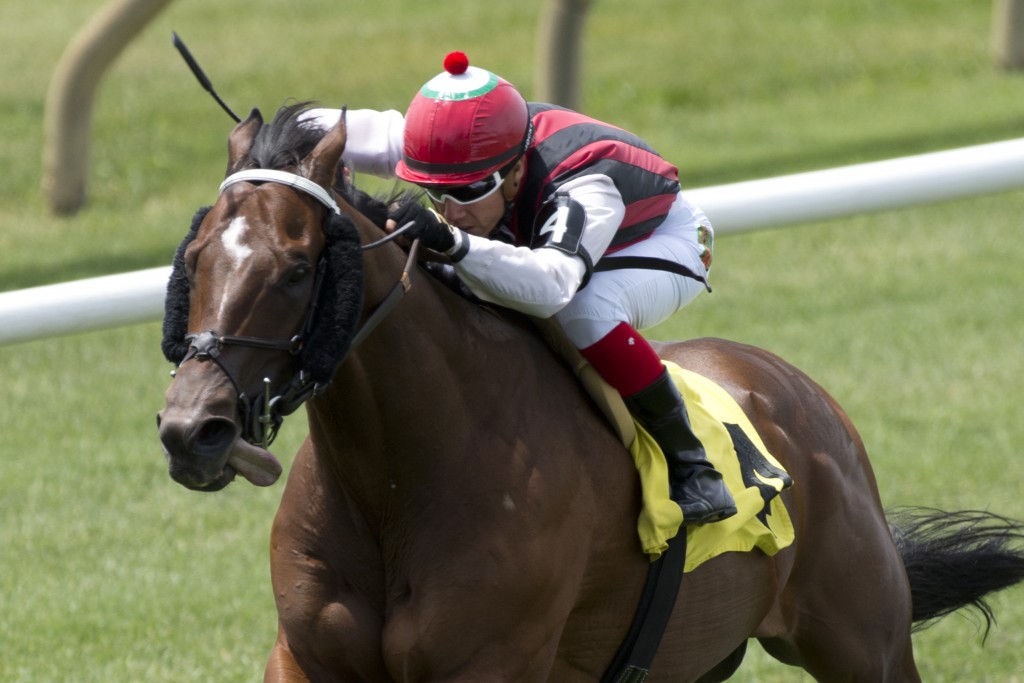 Trained by Mike Keogh for owner-breeder Gustav Schickedanz, Fireball Merlin showed speed from the gate to track the early foot of the even-money race favourite Omar who was pressured by Leo’s Lookin.

Fireball Merlin picked up speed through the turn, splitting the pacesetters, and opened up an insurmountable lead to win by 3 3/4-lengths in the five furlong sprint, first of an innovative series that will see up to 40 such races this meet.

“It’s different, but it’s fun at the same time,” said Contreras. “My horse handled it pretty good. We got a good break and good position into the first turn. Turning for home we were in front and the last sixteenth of a mile I had no problems.”

The five-year-old Curlin gelding breezed four furlongs in :52.60, clockwise, over the E.P. Taylor Turf Course on June 4 in his final EuroTurf prep and went to post as the 3-1 second choice in a field of seven.  Fireball Merlin looked every bit a winner throughout much to the pleasure of his veteran conditioner.

“We galloped him twice the wrong way on the training turf course and then we worked him a half-mile the wrong way out here (on the E.P. Taylor Turf Course) the other day and he hugged the rail,” said Keogh.  “He gets it. He’s a funny horse with his leads in the morning, but he gets which lead to be on here.”

The EuroTurf initiative has drawn a lot of positive attention from the industry and racing fans alike.

The next EuroTurf Series event is slated for Race 2 on Sunday as part of a lucrative card featuring the $500,000 Woodbine Oaks, presented by Budweiser, as well as the Plate Trial Stakes.

Amis Gizmo from off the pace in Plate Trial