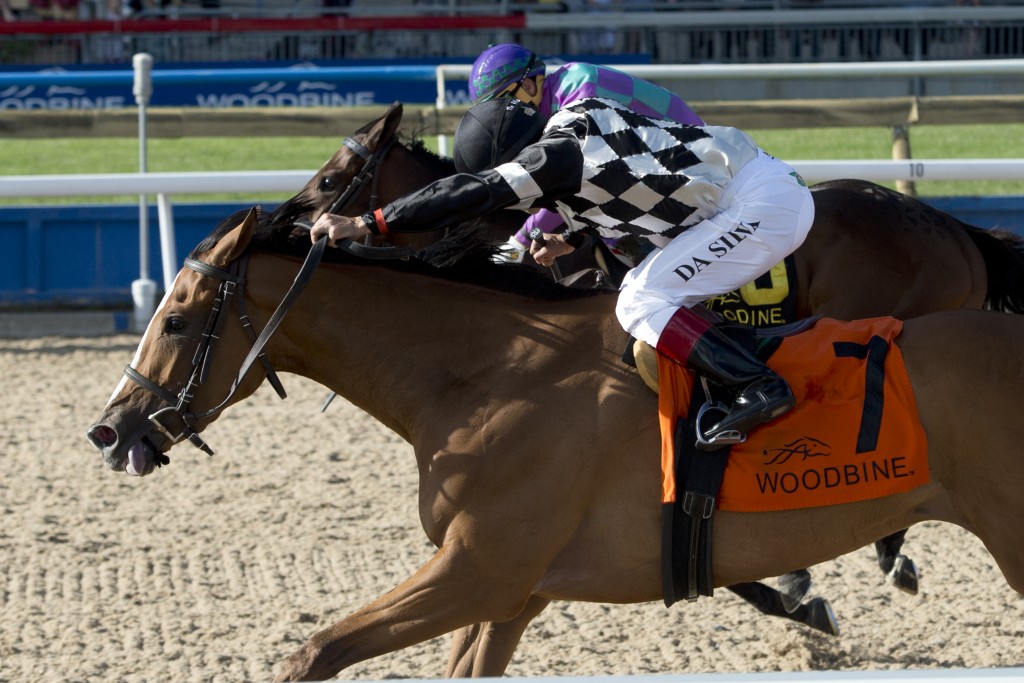 Neshama took the lead in deep stretch and held off a late closing Gamble’s Ghost to take Sunday’s $500,000 Woodbine Oaks, presented by Budweiser, at Woodbine.

The Oaks, Canada’s classic race for three-year-old fillies, saw Caren go straight to the lead through splits of :23.75 and :47.91 in the mile and one-eighth event.  Under Jesse Campbell she began to lengthen her lead around the turn, but da Silva and Neshama were also gaining momentum.  In very deep stretch, Neshama took the lead, but favoured Gamble’s Ghost was gaining ground and could not track down her rival as the tight photo finish revealed a Neshama victory in 1:52.34.

It was Neshama’s third career victory and clearly largest, as the Oaks is Canada’s most important horse race for three-year-old fillies.

It was the first career Oaks win for both da Silva and Phillips.

“I had a very easy trip. It went well for me,” said da Silva.  “When Jesse Campbell asked his filly (Caren), she opened up a little bit and I thought I just wanted to keep going and maybe finish second. Then I saw (Caren) just stop and I saw a great chance to win the race. And she ran great. She dug in. She’s a nice filly. I am thrilled.”

“She’s been a nice filly and acted like a racehorse really from the beginning,” Phillips said. “In the fall, she really came into her own and this spring she’s been very professional. She really enjoys her job.”
As for the Queen’s Plate, a race fillies have won six times since 1956, Phillips was non-committal. “I think we’ll enjoy this and we’ll discuss it Monday and Tuesday.”

Luis Contreras said a clean trip would have got Gamble’s Ghost an Oaks victory. “I was on the rail where I didn’t want to be, but I had to stay there. When I tried to tip out to make my move, I could see the opening but everyone was trying to move at the same time and horses were tiring in front of me. When I made my move, if nothing happened, we would have won.”

Amis Gizmo from off the pace in Plate Trial